CNN and Beto for Texas FEC Complaint Moves to Next Stage

According to the FEC, the issuance of a MUR# (Matter Under Review) indicates that the complaint submitted states a violation within the FEC’s jurisdiction and satisfies the criteria for a proper complaint. The issuance of an MUR# does not indicate a finding.

Now that a MUR# has been issued, CNN and Beto for Texas will have 15 days to demonstrate to the FEC in writing why no action should be taken against them in response to the complaint, a date that falls in this instance on Election Day. Following receipt of responses, the FEC will conduct its internal evaluation of the matter. Commission action on a MUR is kept strictly confidential until the case is resolved.  Parties can appeal an FEC decision to the Federal District Court in Washington, D.C.

Given the timeline associated with complaint evaluation process, we expect no further information from the FEC to be available prior to the election nor will there be information on the MUR available on the FEC's website at this time. Commission action on a MUR is kept strictly confidential until the case is resolved.

Says Libertarian candidate Neal Dikeman, "Given that the event in question has now passed, we see no alternative remedy but for the FEC to levy an appropriate and commensurate fine against CNN and Bet for Texas for their violations and for Beto for Texas to repay CNN for the fair market value of the $10 million prohibited in-kind corporate campaign contribution it received.”

Money should not drive politics. Corporations should not fund politicians. All media sources need to play by the same rules.

Today we filed an eleven page campaign violation complaint with the Federal Election Commission against CNN and Beto for Texas.  It needed to happen, and my campaign is about standing up for what is right. 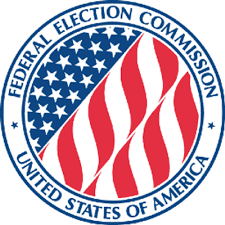 Today Neal Dikeman for Senate, the principal campaign committee of the Libertarian Nominee for US Senate for Texas, Neal Dikeman, filed a complaint with the Federal Election Commission ("FEC") against CNN, a division of Turner Broadcasting, and Beto for Texas, the principal campaign committee of the Democratic Nominee for US Senate in Texas, Congressman Robert "Beto" O'Rourke.  The complaint describes a violation of FECA, that, given Senator Ted Cruz declined to participate in CNN's proposed October 18 townhall with Beto O'Rourke, the townhall debate can no longer qualify as a debate, which requires multiple candidates, and the planned format of an hour long prime time CNN promoted, hosted and moderated townhall with a single Senate candidate instead constitutes a prohibited political contribution to Beto for Texas.  Such coverage is not part of a general pattern of campaign-related news account giving reasonably equal coverage to all opposing candidates in CNN’s national service area and therefore the market value of the coverage is either a reportable political expenditure or a prohibited political contribution by a corporation.

In the complaint, the minimum estimate provided for the fair market value of CNN’s promotion, production and broadcast of the Oct. 18 town hall is $10 million, which if enforced at this level, would make it the largest single campaign finance penalty in history.  If the FEC, or on further appeal the U.S. District Court for the District of Columbia, finds that the contribution is prohibited, Beto for Texas could be liable for repayment to CNN of the full fair market value of the prohibited contribution.

"Politics should not be about money, and corporations should not be funding politicians," says Dikeman, “particularly in this race as Congressman O’Rourke is running fundraising campaigns touting his exclusion of special interest money.  Excluding a Libertarian Nominee from the debates because you think I’ll take more votes from you than the other guys is one thing, politics is politics. But violating campaign finance laws, especially on this scale is much bigger than that. The scope of this violation should give every American pause."

Libertarian candidate Neal Dikeman is one of 3 nominees on the ballot for US Senator in Texas in 2018.

The real reason money is able to influence politics is because barely 3-5% of all races nationwide are competitive, and in Texas 1 in 3 does not even have both Democratic and Republican running.

We've seen news reports talking about how the GOP has had to pull back from defending a handful of US House races because it didn't have enough funding to defend all the ones it targeted, and how the O'Rourke campaign has sucked cash away from other Democratic campaigns, threatening the viability of the "blue wave".  What this really means is there is literally not enough cash in politics to "buy" all the races.  It only looks like it because we the voters have let gerrymandering, apathy, and straight party voting, create so many safe and unopposed seats that the cash that wants to influence the elections can concentrate on a handful of races each year and change outcomes at the margin.

Were voters to force every race to be competitive in Texas, let alone nationwide, we'd literally bankrupt the political cash machine on both sides.  Let's do it.

You can join us using

Paid for and Authorized by Neal Dikeman for Senate

Created with NationBuilder – Theme by Tectonica